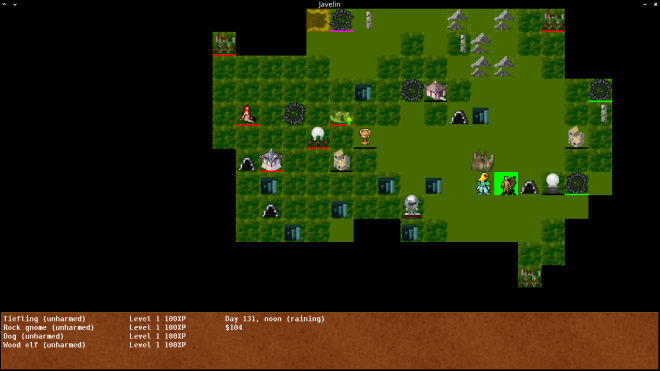 You can download your copy here and if you’re new to the game you can find more information here.

This release adds a whole new strategic layer to the game. Many new features have been added to that effect, from city building to hiring mercenaries and much more! Hopefully those who are only interested in pure hack-and-slash should find that strategic planning isn’t required to enjoy the game but that it is there for those who want to go one step further. You can read more about this development on the Strategy section.

Some effort has been put into making the early game less repetitive and slow but this is probably something that can still be improved upon. You can share your early-game experience and ideas for improvement in a comment here or at our reddit community – it will be highly appreciated!

A few uncommon bugs were reported on earlier versions that could cause the game to be very unfair during battles and sometimes even crash and lose your saved progress. I’m very sorry about that but at least all reported bugs were fixed so far. Thanks to everyone who contacted me about bugs and hopefully this will be a much more stable release.

Since I’ve been asked about the short-term plans for Javelin’s future: the idea now is to add more content (mostly spells and items) in future 1.x releases until I can find time (or help) to modernize the entire user interface for 2.0.

Thanks to all who took an interest in the project so far – this release tries to cover some of the feedback that was put out by all of you! Keep your thoughts coming and happy gaming 🙂